Welcome to episode 61 of the EdTech Situation Room from August 16, 2017, where technology news meets educational analysis. This week Jason Neiffer (@techsavvyteach) and Wes Fryer (@wfryer) discussed new updates for Google Sheets and Slides for education (G Suite) users, and a helpful (but NSFW) article highlighting the “why” of Internet troll culture as well as many Internet culture personalities and events which could be considered essential for adults wanting to understand teens and their digital context today. On the surveillance front, Jason and Wes talked about the recent FBI warning to parents regarding “smart toys,” and the troubling demand by the US Department of Justice to ISPs for names and data on 1.3 million Internet users who visited a Trump resistance website prior to the inauguration in January. A recent Google survey on ransomware, the recent HBO hack, the mind-bogglingly HUGE hack of Sweden’s national database back in 2015, and a July article from the Atlantic exploring whether companies should be allowed to offensively hack rounded out security articles for the episode. Jason also shared some articles with updates on the forthcoming ChromeOS and Android merger. Geeks of the week included two weather mobile apps (Storm and DarkSky), Tony Vincent’s “Classy Graphics with Google Drawings Fall 2017” online class, and an article explaining how you can “Use your Phone as a ChromeCast Hotspot in Hotels.”  Check out the podcast shownotes for links to a post about that incident and all the referenced articles / resources from the show. Follow us on Twitter @edtechSR to stay up to date about upcoming shows. Please try to join us LIVE online if you can, normally on Wednesday nights at 10 pm Eastern / 9 pm Central / 8 pm Mountain / 7 pm Pacific. 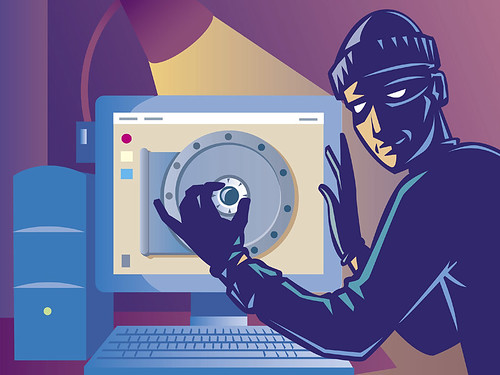 “Crackers” (CC BY 2.0) by elhombredenegro