Welcome to episode 35 of the EdTech Situation Room from January 4, 2017, where technology news meets educational analysis. This was our first show of 2017, starting our second year of live webcasts on YouTube and archived audio podcasts! Visit https://edtechsr.com/links to access all referenced links from our show (as well as some we didn’t have time to discuss.) This week Jason Neiffer (@techsavvyteach) and Wesley Fryer (@wfryer) discussed news coming out of the soon-to-start Consumer Electronics Show (CES) in Las Vegas, Nevada. They also discussed the rise of VPAs (virtual personal assistants), genomics and the potential of CRISPR to not only transform agriculture but also impact a wide variety of medical applications, our need for more family-oriented connection apps, and the recent legislative victory of French workers over the tyranny of work email. They also talked about “The Trump Effect” as described by Walt Mossberg as well as the ability for Google’s DeepMind AI to read lips better than human beings. Follow us on Twitter @edtechSR to stay up to date about upcoming show times. Please refer to our podcast shownotes for links to all referenced articles, videos, and resources from the show, and take a few minutes to complete our listener survey on http://wfryer.me/edtechsr. 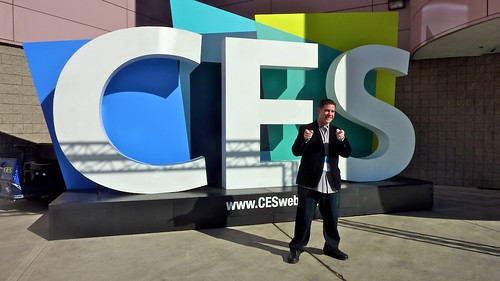