Welcome to episode 59 of the EdTech Situation Room from August 2, 2017, where technology news meets educational analysis. This week Jason Neiffer (@techsavvyteach) and Wes Fryer (@wfryer) discussed Apple’s recent favorable quarterly earnings report, Tim Cook’s alleged statements to President Trump about Apple manufacturing returning (at least in part) to the USA mainland, the relatively low influence of peer-journaled research in most K-12 educational purchasing decisions, and the implications of genetic modification / genomics in recently announced insect eradication campaigns in the US as well as a breakthrough human embryo genetic mutation “edit.” Other topics addressed included solar eclipse sunglasses scams on Amazon (buyer beware!), some excellent explanatory videos and articles about cryptocurrencies and the “blockchain” (including Bitcoin), the announced death of Flash as a supported web technology from Adobe in 2020, and recent hacks to Verizon customers as well as an alarmingly saavy web user whose AT&T iPhone account was compromised in a targeted attacked even though he had 2-step verification turned on as well as an account passcode. (The AT&T call center rep was the weak link and granted account access to the hacker without the required customer pass phrase.) Lastly, an article prediction that SpaceX will become the leading global Internet Service Provider (ISP) when they triple the number of communication satellites in earth orbit, and the current battle of Snopes to raise money and remain financially solvent were discussed. Geeks of the week included ShoutKey, a website for sharing time-limited shortened web links / URLs with plain English words easy to spell (Wes) and an Anker solar charger for digital devices (Jason). Jason also announced the “Chromebook App List” on the NCCE blog, and Wes shared he will be presenting for Classroom 2.0 Live on Saturday, August 12th. (Note: This is a correction from the date shared during this episode). Please check our shownotes below and links on http://edtechsr.com/links for all referenced articles and resources from this episode. Follow us on Twitter @edtechSR to stay up to date about upcoming shows. Please try to join us LIVE online if you can, normally on Wednesday nights at 10 pm Eastern / 9 pm Central / 8 pm Mountain / 7 pm Pacific. 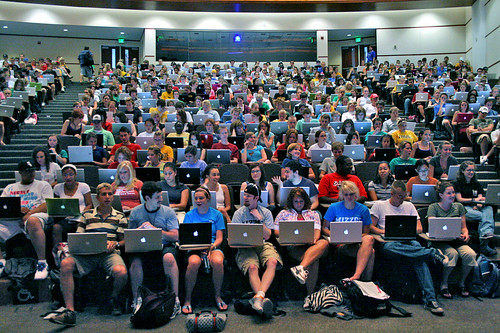