Welcome to episode 105 of the EdTech Situation Room from August 29, 2018, where technology news meets educational analysis. This week Jason Neiffer (@techsavvyteach) and Wesley Fryer (@wfryer) discussed the challenges of filtering / censoring Internet content at school and now (in the U.K.) at a national level through ISPs. The privacy perils and potential subpoena conflicts relating to cell phone location tracking, the ethical challenges of “native advertising” in podcasts, rumors of Apple removing 3D touch in forthcoming iPhones, and the security danger of sideloading Fortnight software on Android devices were also discussed. Final topics included the monstrous challenges facing Facebook in moderating user generated content on its platform worldwide for 2 billion people and the way Facebook is adopting a trustworthy scale for users in its fight against fake news. Geeks of the week included the Stikbot Studio app for iOS, Google Assistant’s “Tell me something good” new feature, YouTube’s new built-in screen monitoring / management tools, and the keyboard shortcut Control/Command K in Google Docs to add links. Check out edtechSR.com/links for all shownotes, including those listed below. Please follow us on Twitter @edtechSR for updates, and join us LIVE on Wednesday nights if you can at 10 pm Eastern / 9 pm Central / 8 pm Mountain / 7 pm Pacific or 3 am UTC. 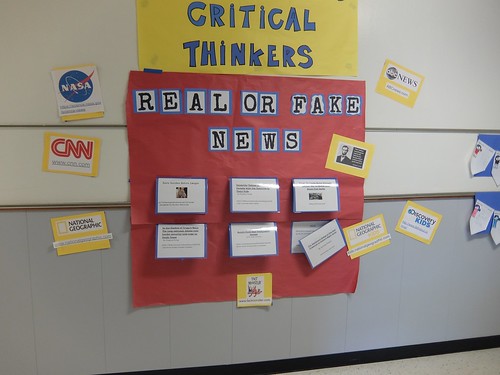 Welcome to episode 24 of the EdTech Situation Room from October 5, 2016, where technology news meets educational analysis. This week Jason Neiffer (@techsavvyteach) and Wesley Fryer (@wfryer) discussed the challenges of teaching civics in a heated election season and the affordances of social media during election debates. They also discussed some highlights from Google’s Pixel Phone event this week, including the Pixel phone, new wifi routers, a new Google Home device, and the role of AI (artificial intelligence) in Google’s corporate products and services evolution. The rumor of an October 27th MacBook laptop refresh was also discussed, along with some iPhone/Android phone comparisons. Wes shared an endorsement for the new movie “Snowden” and gave a shout out to ProPublica’s new article series, “BREAKING THE BLACK BOX: What Facebook Knows About You.” Jason and Wes also discussed their ISTE 2017 submitted proposal for a session titled, “Digital Citizenship in Our Surveillance State.” Geeks of the week included the importance of ordering OEM certified computer chargers and the free iOS composition apps, “MusiQuest – Music & Beat Maker” and “Sketch-a-Song Kids.” Check out past episode shownotes on https://edtechsr.com/links and be sure to follow @edtechSR for updates on Twitter http://twitter.com/edtechsr as well as on Facebook. If you listen to the show, please submit our listener survey using the shortened link http://wfryer.me/edtechsr which forwards to a Google Form. Your feedback and suggestions on the show are appreciated!