Welcome to episode 142 of the EdTech Situation Room from July 24, 2019, where technology news meets educational analysis. This week Jason Neiffer (@techsavvyteach) and Wesley Fryer (@wfryer) discussed why data privacy is complicated, the FTC’s $5 billion fine of Facebook, the limitations of SMS for 2 factor authentication (2FA) / multi-factor authentication (MFA), and exciting recent Apollo 11 50 year anniversary moon landing media coverage. Updates to Google’s smartwatch software (WearOS) as well as ChromeOS, Apple’s expected announcement of its new $3000 MacBook portable, the return of MDM-powered parental control apps like MyPact to the iOS App Store, and Apple’s pleas to avoid 25% tariffs on Chinese manufactured electronic components were also highlighted. The increasingly fractured landscape of podcasting (sadly coming to a walled garden paid app near you,) the prospect of “Peak Podcast” time, and Jason’s recent experiences with the wild world of urban electric scooters (where “the repo man” now thrives) were discussed with a remarkable tone of clarity laced with humor. Geeks of the Week included the DarkNet Diaries podcast (@darknetdiaries) and the “Timeline” tool from the Knight Foundation. Please follow us on Twitter @edtechSR for updates, and join us LIVE on Wednesday nights if you can (normally) at 10 pm Eastern / 9 pm Central / 8 pm Mountain / 7 pm Pacific or 3 am UTC. All shownotes are available on http://edtechSR.com/links.

Welcome to episode 88 of the EdTech Situation Room from March 13, 2018, where technology news meets educational analysis. This week special guest Jennifer Carey (@TheJenCarey) and Wes Fryer (@wfryer) discussed the admirable way Florida teens have used social media to advocate for political change following the Parkland school shooting, how we can help curb trolling and harassment on Twitter by reporting it when we see it, and how YouTube seems coded to be a radicalizing influence through its recommendation engine. Social media analysis continued with discussion about a recent Wired article highlighting how Russia’s “abuse” of Facebook during the 2016 elections essentially constituted an adept use of the platform as it’s been designed to serve advertisers through micro-targeting, and the ways “the smartphone has become the new bogeyman” for many parents decrying the ills of social media much like parents blaming television watching in the 1980s. The need for expanded digital citizenship conversations at school to include “digital hygiene” including a focus on password managers and two-step verification was discussed, as well as the solution to a recent mystery involving laughing Amazon Alexa smart assistants. A discussion about Apple’s emphasis on privacy but lagging innovation with artificial intelligence and Siri rounded out the discussion, including rumors of a new (and less expensive) MacBook Air laptop coming in the second quarter. Geeks of the week included a discounted laser cutter from Glowforge, Gaggle’s Safety Management service, Slack for team messaging, the new Google Sites, and amazing augmented reality examples from the New York Times featuring Olympic athletes. Check out our full list of links on edtechsr.com/links, and be sure to follow us on Twitter for show updates @edtechSR. Next week special guest Carl Hooker (@mrhooker) will join Wes at our regular show time (9 pm central on Wednesday) as Jason Neiffer continues to hunker down and finish his dissertation this month. Please share feedback by reaching out on Twitter or leaving a comment on our website at edtechsr.com. 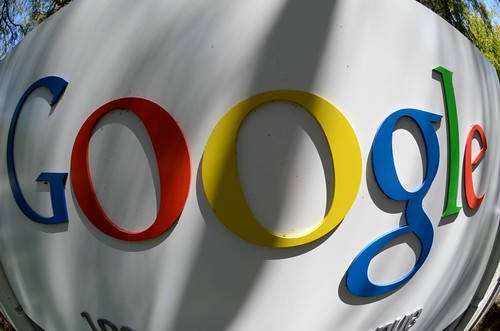 “Google (fisheye)” (CC BY 2.0) by Kalexanderson
Welcome to episode 75 of the EdTech Situation Room from November 29, 2017, where technology news meets educational analysis. This week Jason Neiffer (@techsavvyteach) and Wes Fryer (@wfryer) discussed rumors on other edtech podcasts that they are “a bit nerdy,” recent Apple security issues with the default root user account, and YouTube with respect to protecting kids and restricting content. Additional topics included the state of email in 2017 and useful apps / email workflow strategies, the amazingly fast new FireFox browser from Mozilla, exciting new announcements for more Android apps on Chromebooks, and the continued march of automation via AI, especially involving trucking. Geeks of the week included the upcoming December 15-31 “Ditch that Textook Digital Summit” (from Wes) and Google Voice (from Jason.) Refer to our podcast shownotes for all referenced news articles and links. Please follow us on Twitter @edtechSR to stay updated, and join us LIVE for a future show at 9 pm Central / 8 pm Mountain most weeks on Wednesday night. Check all our shownotes on http://edtechSR.com/links

“Youtube logo” (CC BY 2.0) by codenamecueball
Welcome to episode 32 of the EdTech Situation Room from December 7, 2016, where technology news meets educational analysis. Visit https://edtechsr.com/links to access all referenced links from our show (as well as some we didn’t have time to discuss.) This week Jason Neiffer (@techsavvyteach) and Wesley Fryer (@wfryer) discussed the launch of the new Google WiFi home router, screen time surveys for adults and kids, Gmail account hacks to well known politician accounts (Colin Powell and John Podesta) via clever phishing attacks, and recent Apple headlines about MacBook Pro issues. A considerable part of the show focused on Carole Cadwalladr’s recent article for The Guardian, “Google, democracy and the truth about internet search,” and the resulting response by Google to alter auto-complete search results. Thanks to Peggy George (@pgeorge) for sharing the excellent TEDtalk video, “Machine intelligence makes human morals more important” by Zeynep Tufekci (@zeynep). Jason shared a collection of “travel nerd” websites for his geek of the week, and Wes shared https://safeshare.tv. Next week we’ll have a special “Technology Shopping Cart” episode, and then be off the week of December 21st for the holiday break. We’ll be back with an end-of-year “2016 Technology Year in Review Show” either the last week of December or the first week of January. Follow us on Twitter @edtechSR to stay up to date about upcoming show times. Please refer to our podcast shownotes for links to all referenced articles, videos, and resources from the show, and take a few minutes to complete our listener survey! 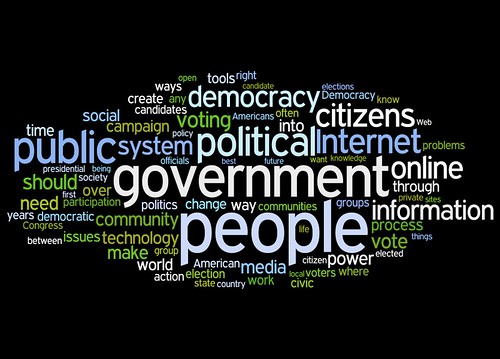