Welcome to episode 99 of the EdTech Situation Room from June 19, 2018, where technology news meets educational analysis. This week Jason Neiffer (@techsavvyteach) and Wesley Fryer (@wfryer) discussed advice for attendees of the upcoming 2018 ISTE Conference, the AI robot debater from IBM, Facebook and social media privacy settings, and poor home wifi router security. Wes shared a weekly dose of cyberattack doom and gloom (shout out to NPR Fresh Air and their recent interview with author David E. Sanger) and highlighted Apple’s decision to make it harder for border customs officials to quickly copy data off of traveler’s iPhones. Microsoft’s announced purchase of Flipgrid, the demise of freemium platforms Padlet and Tenmarks, and the emergence of “Minecraft Story Mode” remote control game/story videos on Netflix were also highlighted. Jason shared an update on the ZigZag Podcast mentioned last week, and also highlighted two Android apps: Android Messages (now includes a desktop version) and Datally to gain more insight into your smartphone use habits. (Or perhaps addictions). Geeks of the Week included the Adobe Spark App’s port to Android OS, and the “Caliphate Podcast” series from the New York Times. A shout out to Peggy George, the PhotoMyne app, and the Classroom 2.0 Live Bucket List Google Sheet of apps and websites from last Saturday’s show rounded out this 99th episode of EdTechSR. We will NOT have a show next week, but may squeeze in a July 4th show on a day other than Wednesday that week. Follow @edtechSR on Twitter for updates. Stay safe and stay saavy, friends! 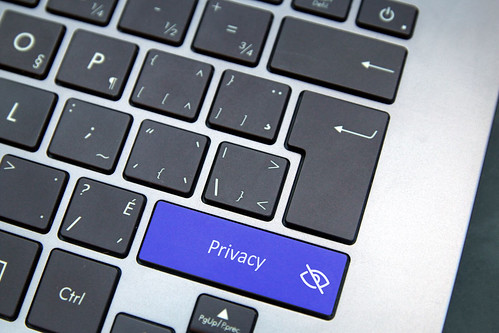 Welcome to episode 55 of the EdTech Situation Room from June 7, 2017, where technology news meets educational analysis. Visit https://edtechsr.com/links to access all referenced links from our show. This week while Jason Neiffer (@techsavvyteach) was out on assignment in Sweden, special guest Dr. Scott McLeod (@mcleod) joined Wes Fryer (@wfryer) to discuss cyberattacks in Qatar and the Middle East, new iPad features announced at Apple’s Worldwide Developer Conference (WWDC) in California, and the possible legal limits on public figures to block followers on social media platforms like Twitter. They also discussed a new book by CRISPR co-inventor Jennifer Doudna, insights into the rise of our artificial intelligence golden age from Alphabet CEO Eric Schmidt, and students admitted to Harvard denied admission over inappropriate Internet memes shared over social media. Geeks of the Week included Mary Meeker’s Internet Trends 2017 presentation (355 slides!) by Scott and Story Map (including a Story Map of 2017 Terrorist attacks) by Wes. Be sure to follow us on Twitter @edtechSR to stay up to date on upcoming shows!